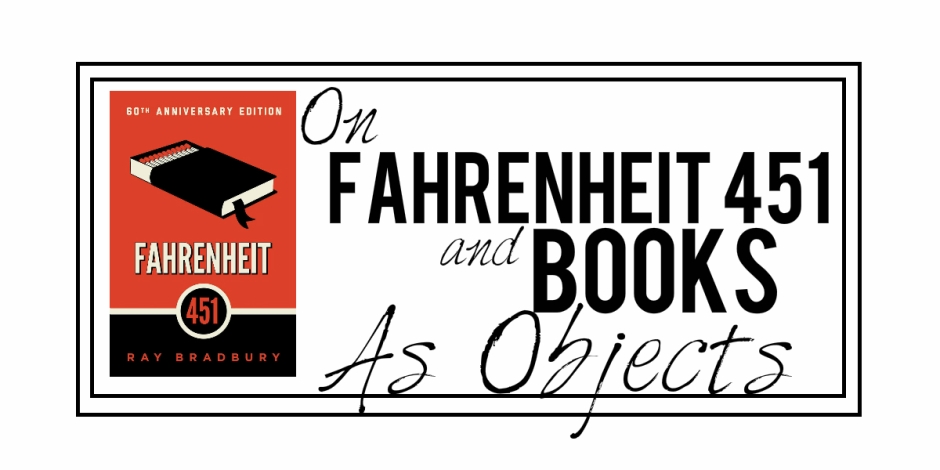 In which I rant about what Fahrenheit 451 has to say about books as objects.

I have been wanting to do this post ever since rereading Fahrenheit 451, and I haven’t gotten around to it. And now, quite a couple of months have gone by (???!!!), so I can no longer even say that I “just reread” the book. But anyway, I’m still pretty excited to talk about this, so I think it must be a good topic.

I don’t want this post to be about the reverential way so many people have come to view physical books, because I feel like that topic has been talked about a lot, and I don’t want to get overly critical of anyone in this post. So I’m going to talk about it briefly and then move on to how it relates to Fahrenheit 451.

So if you’ve been around my blog for a while, you know, or can guess, where I stand on this issue. (Actually, let’s not call it an issue. It’s not really an issue. You can do whatever you want with books as long as you own them. Don’t let anyone make an issue out of it.) But I’ve got a lot of new followers around here, so for their benefit, let me show you a few of my books.

WARNING! THE FOLLOWING IMAGES MAY BE DISTURBING FOR SOME BIBLIOPHILES. VIEWER DISCRETION IS ADVISED. 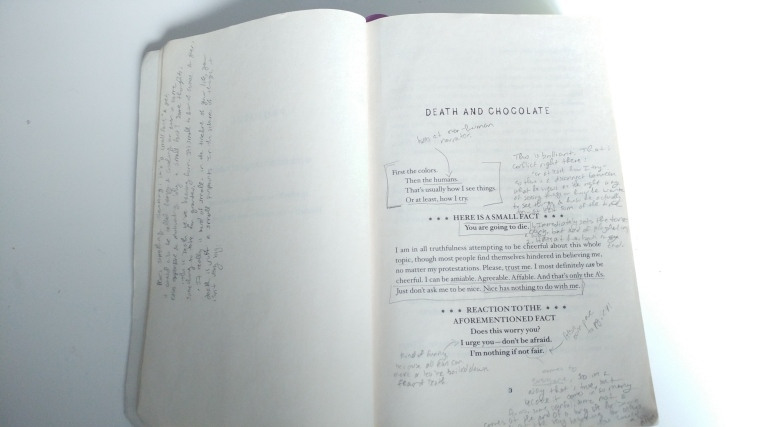 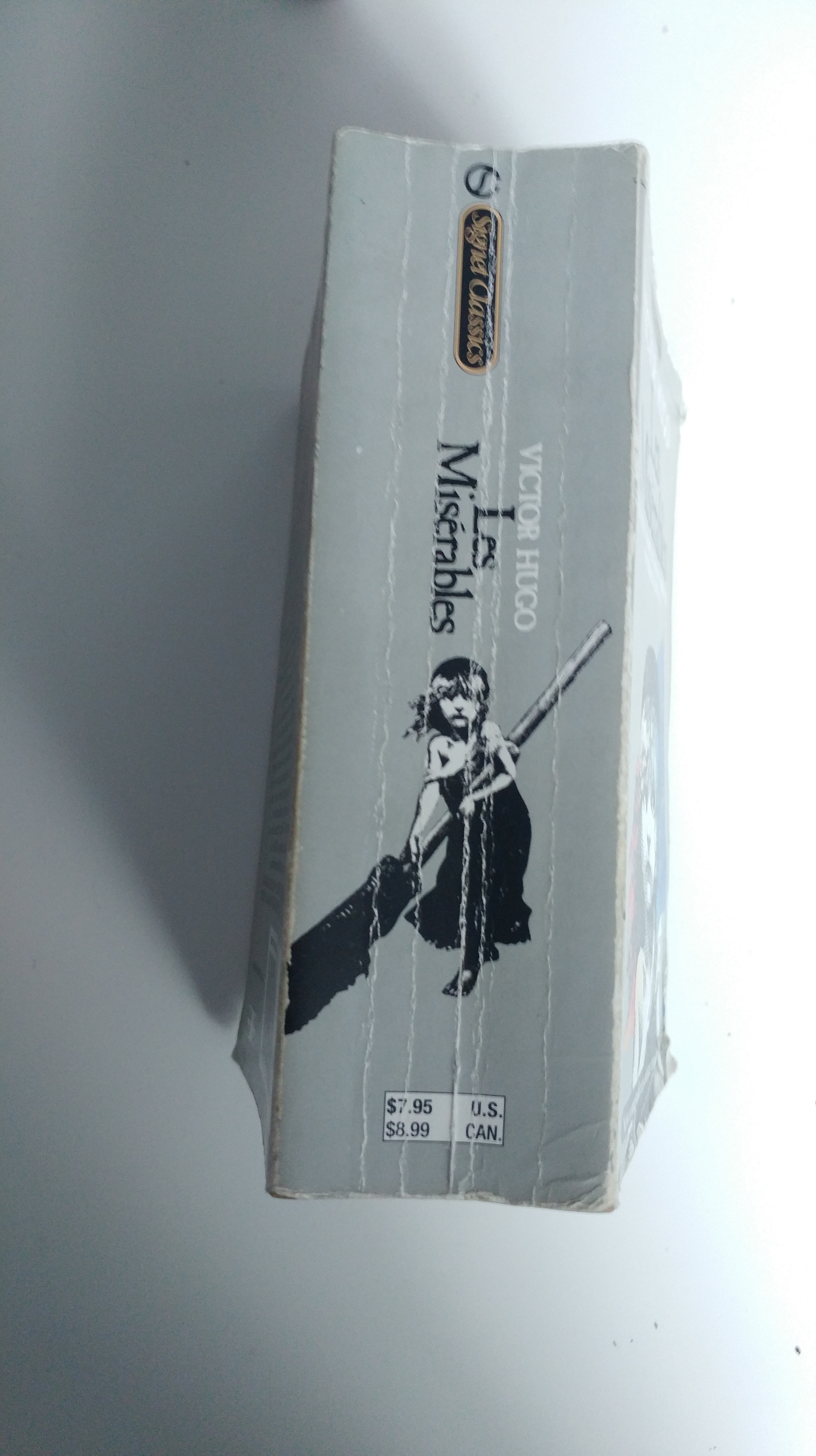 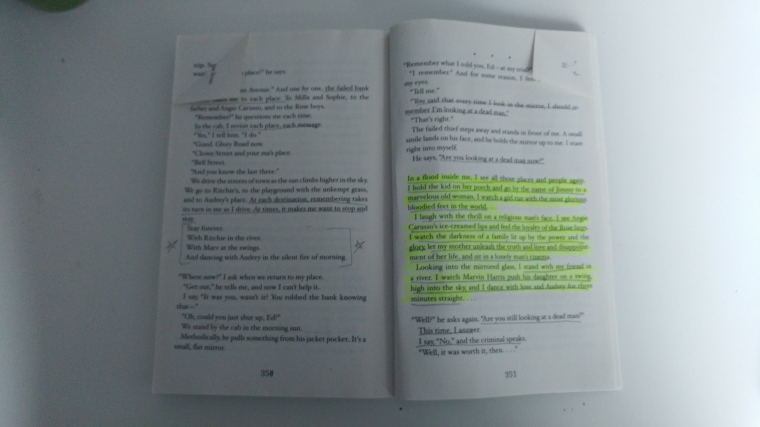 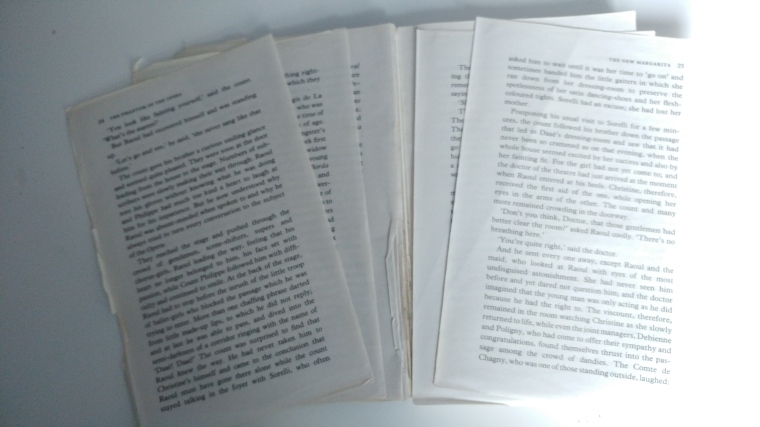 I think that gives you an idea. To break it down:

And those pictures? Those aren’t books I don’t care about. Those are of some of the books I treasure most. The last picture is my first copy of The Phantom of the Opera. It is so worn that it is difficult to read it because the pages fall out, so I actually had to buy a new copy. I still keep this one because it reminds me of when I first fell in love with Leroux’s story of the tragic “Opera Ghost.”

But I Can Sympathise With the Other Side

I completely sympathise. Because I went through a time when I was totally that way. I never thought to annotate. I didn’t like my books to get creased or bent at all. I was so terrified of broken spines that sometimes it was difficult to read because I didn’t want to open a book all the way. I freaked out if the covers on a paperback curled up when the book was lying down.

Even now, I do have some books that were a little more expensive, or particularly beautiful editions, or very old editions, that I am very careful with and would never write in or damage in any way.

Ultimately, though, I’ve come to a point where I’ve decided that, in my opinion, the content of a book: the ideas, the themes, the characters, is more important than the book itself. I’ve decided that my own enjoyment of a book is more important than having a pristine copy. And I don’t mind that my books look like I’ve read the heck out of them. I want them to look that way. And I like that when I annotate, the book becomes a conversation in a way. It’s me talking back to the author, and then whoever borrows the book from me gets my thoughts as well, and they get added to this conversation. It’s a beautiful thing!

This is the first time I read Fahrenheit 451 from this angle, and I thought it would be really interesting to talk about it. Because, in my opinion, it makes a very good case for looking beyond the physical book.

Take one of my favourite quotes of all time:

“The magic is only in what the books say, how they stitched the patches of the universe together into one garment for us.” (pg. 79)

Faber argues that the books aren’t what is missing, per se. It’s the role that books filled. It’s what they provided people. That means it’s the content. It’s those ideas, those themes, those characters.

That quote perfectly captures what books do for us. They make sense of the world. They reach out and gather together a few scattered perspectives and ideas—or sometimes many, many perspectives and ideas (Les Miserables, anyone?)—and they seamlessly weave them into this coherent thing. And that thing provides us entertainment, as well as something much deeper. It can help us make sense of things. It can help us dive deep into emotions that we’re normally afraid of and avoid in real life. But it’s safer in a book because—well, we’ll get there.

The thing about it, though, is that books are not the only way of communicating these concepts and ideas. They’re not always even the highest, the most valid, or even the most effective way.

I know. Not only is it treasonous to say such a thing on a literary analysis blog, it’s also painful for me. But it’s true.

Books are absolutely wonderful. No one is denying that. But we must always remember that they are simply a vessel. And they are not the only vessel at our disposal. Here is the preceding part of the above quote from Faber:

“It’s not the books you need. It’s some of the things that were once in the books. The same things could be in the ‘parlor families’ today. The same detail and awareness could be projected through the radios and televisions, but are not. No, it’s not books at all you’re looking for! Take it where you can find it, in old phonograph records, old motion pictures, and in old friends; look for it in nature and look for it in yourself. Books were only one type of receptacle where we stored a lot of things we were afraid we might forget. There is nothing magical in them, at all.” (Pg. 78, 79)

In other words, radios and televisions aren’t the problem. This is the problem:

What was it all about? Mildred couldn’t say. Who was mad at whom? Mildred didn’t quite know. What were they going to do? Well, said Mildred, wait around and see. (pg. 42)

Of course you can’t find the things of which Faber speaks on television. There’s not even a basic plot, much less any profound themes or even one insightful thought.

And you can’t find those things in music, the way you could in old phonograph records, because the music is nothing but obnoxious cacophony.

A great thunderstorm of sound gushed from the walls. Music bombarded him at such an immense volume that his bones were almost shaken from their tendons; he felt his jaw vibrate, his eyes wobble in his head. He was the victim of a concussion. When it was all over he felt like a man who had been thrown from a cliff, whirled into a centrifuge and spat out over a waterfall that fell and fell into emptiness and emptiness and never—quite—touched—bottom—never—never—quite—no not quite—touched—bottom…you fell so fast you didn’t touch the sides either… (pg. 42)

Never touched anything because there is nothing. It’s just meaningless noise.

And you can’t find those things in friends anymore, either, as Faber suggested you could, because, as Clarisse observed:

“People don’t talk about anything.”

“No, not anything. They name a lot of cars or clothes or swimming pools mostly and say how swell! But they all say the same things and nobody says anything different from anyone else.” (pg. 28)

Finally, they can’t find it in nature, either, because this society makes it very difficult to appreciate nature. Everyone moves very fast, and taking a walk is considered peculiar at best.

So really, books aren’t the only places you can find these ideas. The disappearance of books in the world of Fahrenheit 451 is really just symptomatic of a larger disappearance of anything at all that is meaningful or worthwhile. If they hadn’t gotten rid of books, the books that they would have produced would be as meaningless as these other things.

The Advantage that Books Do Have

Even though books aren’t the only possible receptacles for big ideas, they do have some advantages. For one thing, they are long lasting. As Faber said, they stored  “a lot of things we were afraid we might forget.”

But there’s another, very intriguing advantage to books, especially when it comes to heavy/difficult subjects:

“You can shut them, say ‘Hold on a moment.’ You play God to it. But who has ever torn himself from the claw that encloses you when you drop a seed in a parlor?

Remember what I was starting to say earlier? We’re willing to delve a little deeper into things we’re not as comfortable with in real life. Really intense emotions. The darkest places in the human mind.

We feel okay doing this, because if at any point we stop feeling okay, we can slam that book shut. We can put it down, make ourselves a cup of tea, and ponder a while. Process it. We don’t have to return to it if we don’t want to, but if we do, we do it with the confidence that we can move as slowly as we can handle.

(Sometime when we aren’t talking about a serious subject, remind me to tell you about the first time I ever read Edgar Allan Poe’s “The Murders in the Rue Morgue,” which comes to mind right now. But it’s a funny little story, and I don’t want to get derailed.)

But that’s not the only advantage of being able to shut a book. We can also stop and think about it. If we feel like we’re being manipulated and bullied into a certain perspective, we can read slowly enough to step away from that and refuse to let the author treat us that way.  Whereas, when we’re watching a movie, everything goes so fast that we might not even realise we’ve been manipulated until much later.

This is something that happens to me a lot. I get swept along and totally fall into the movie, but then later on when I rewatch it and I’m not as immersed, I realise that I don’t agree with it or that it’s not as good as I thought it was.

Fahrenheit 451’s realistic yet somewhat hopeful resolution just further proves that to be preoccupied with a book as an object is to miss the point. Montag had hoped to start printing books again and to spread them, but instead, he meets up with a group of men who keep books inside their heads. They reveal that there are a few of them scattered around the country, each with his own memorized book.

Not only is this a great protection against the firemen, it also reminds us that the objects really aren’t important. These men are keeping books alive WITHOUT having physical books anymore. Which is a good reminder for those of us who sometimes get on a high horse about e-readers vs. physical books. Is the physical book really as important as we’re touting it to be?

When I first read this book, I wasn’t satisfied with the ending. But the more I read it, the more I appreciate it.

I try to take it as a reminder that, however much I do love my little library of books, it’ll be okay if something happens to them. Because I’ve already taken the really important stuff out of them and now that stuff is in my mind, even my heart.

Enjoy meaningful ideas. Or occasional mindless entertainment. Or don’t enjoy anything. I don’t know. I really don’t want this to be a negative post where I tell people what to do and then they get angry with me. So I will stop talking. All I ask of you is this:

10 thoughts on “On Fahrenheit 451 and Books as Objects”