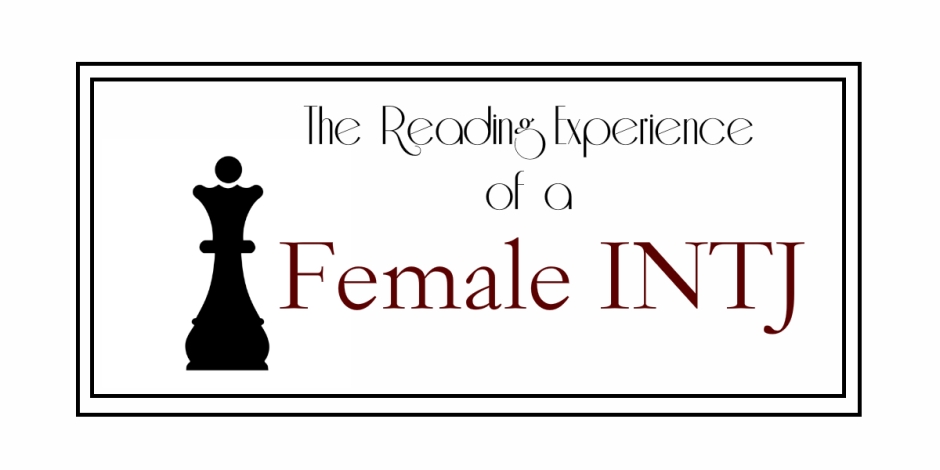 In which I talk of villains, chess, and INTJ portrayals in fiction.

I started to write about this in my rant about The Infinite Sea, but then I realised that it kind of needed to be its own separate rant. Plus, now you can’t escape it on the excuse that you’ve not read that book.

You can still escape it, of course. You will simply lack an excuse.

I’m fairly certain I’ve mentioned my love for the MBTI. I use it quite extensively in creating and developing my characters, and it’s just interesting to know one’s own type as well. I may also have mentioned that my personality type is INTJ.

I have never discussed any of this, however, in the context of my experience with reading. I think it’s time.

You see, it has long been my experience that what I think the protagonist is going to do (based on what I would do, and what would be the most logical thing to do) is not what the protagonist ends up doing. This occurs approximately 84.98% of the time. (That’s a real statistic. Don’t doubt me.) Consequently, I often find myself unable to relate to or even make sense of the thought-process of the protagonist. But that’s fine. I can deal with that most of the time. After all, who wants to constantly read about people who are exactly like oneself?

I started to notice something slightly disturbing, however. While the hero’s decisions often made little sense, the villain’s decisions did. I could absolutely follow the thought-process. Now, I’m not necessarily evil, and I don’t share the goals of any villains (that I’m aware of). So it’s not that the decisions of the villain are decisions that I would make in my life. However, assuming that the villain’s goal and my goal were the same, we would use the same methods to achieve it.

And Then it All Made Sense

When I took the Myers-Briggs test for the first time a couple of years ago, I looked up INTJ characters out of curiosity. And it suddenly made sense why I so rarely relate, thought-process-wise, to protagonists, or even secondary, non-evil characters.

First of all, most of the examples were male. I don’t mind this, because a character’s gender does not seem to determine how well I relate to them. Besides, female INTJs are very rare in real life—in fact, according to most of the sources I have read, it’s the rarest type for a woman to have. Therefore, too many of them in fiction wouldn’t be realistic.

So no, it wasn’t the preponderance of males that was the problem.

It was the fact that nearly all of them were villains. And a lot of iconic fictional villains? Oh look! They’re INTJs.

Now, I’m definitely not saying that all fictional INTJs are villains, or that there are no INTJ protagonists out there, or even that there are no female INTJ protagonists out there. In fact, while writing this post, I searched fictional INTJs again. It’s been a while since I did it last, and it seems that there are more good characters being mentioned as possible INTJs than I remembered. There are some that I don’t think are actually INTJs, but that doesn’t mean they aren’t. I’m not wrong often, but it has happened once or twice. At least, there are legends.

Anyway, my point isn’t that there are absolutely no INTJs who are protagonists/good guys; I’m simply observing that the scale leans toward the villain side.

And I get it, I  do. It’s not hard to see why an author would reach for this type when crafting a great villain. Here are just a few INTJ qualities off the top of my head:

Because it’s a little bit awkward when it’s always the bad guy’s thought process that makes sense to me. Even more awkward when I watch movies or discuss books with my brothers, because they’ll sit there defending the decisions of the protagonist, while I try to make them see the perfect logic of the antagonist.

Because, let’s be honest: the plan is always sound—even ingenious—in these cases. It’s just their goal that is problematic, you know, by virtue of its being completely evil.

I’m going to interrupt myself to talk about chess, because if you do any amount of reading on INTJs, you’ll see chess mentioned sooner or later.

I played a lot of chess as a child. My father taught me, but most of the time I just played against myself. (Gotta love child me: she was so asocial that she managed to turn a game meant for two into a solitary endeavour).

School was never quite what I wanted it to be, but middle school was the worst. You would think that, being in honours classes, I would be surrounded by other nerds and weirdos, but actually it was mostly popular kids. There were only a handful who were nerdy, and of that handful, only three of us were truly weird. I was definitely the second weirdest, right under the kid who firmly believed in aliens. I only had one friend (directly below me on the weirdness ranking) and he and I were really only friends for lack of other friend options. So yes, quite an interesting time in my life, and I barely survived, but the one bright spot was at lunchtime. We nerdy kids would go to the library, and we would play chess. It was the only thing in middle school that made sense.

As much as I love chess, I don’t think it has influenced my view of the world. Rather, I was drawn to chess in the first place because it reflected my view in the world. The idea of working strategically towards something, planning for an optimum outcome—that’s how I roll. That’s how I approach things, and that’s why you’ll have an impossible time convincing me to dance at a party, or do something “just for the fun of it!” It’s why I don’t understand why someone would prank someone else’s car, for example. Tell me a story about something like that, and I’ll look at you blankly. What a mess, and what was the point, exactly?

On the other hand, if you can make a solid case for why something needs to be done—and it doesn’t even have to be something that will benefit me, just anything that I can see the worth of—then I’ll come up with a detailed and brilliant plan for you. I’ll probably even help you execute it.

I brought all of that up because that is exactly the way many fictional villains see things. It is not a bad idea, however, for some good guys to have this view of life. For there to be a story, the protagonist must have a goal, right? And taking this strategic, chess-like approach to achieving that goal is not such a bad idea at all. I’m all for reading about people who do things for no other reason than the intensity of their human emotions, but I’d like to read about some more logical, methodical people as well. We gotta have a mixture, and we can’t consign solid strategic thinking to the realm of the bad guys. We just can’t. The bad guys will win if we let them have all the brilliant strategists.

And yes, there are some great INTJ characters out there (most recent one I’ve come across who I am pretty sure is an INTJ is Ringer from the 5th Wave Trilogy). But I think there are more stereotypes and villains than there are realistic, good INTJ characters. We might seem a little cold, but we’re not emotionless machines; we might not be your closest and warmest friend, but we’re pretty great in a crisis; we might not be goofy, but we do have a sense of humour. And we’re not evil. Usually. For the most part. Okay, we can be, but just slightly.

So I’d like to encourage writers to not to automatically relegate INTJs (or ENTJs, or any personality type) to the villain club. An INTJ doesn’t even have to be the protagonist, but at least let him be on the protagonist’s side. And consider letting it be a her—female INTJs may be rare, but we’re pretty darn awesome! Maybe partially because we’re rare.

Have you taken the test? What’s your personality type? Do you feel that you are well-represented in fiction?

37 thoughts on “The Reading Experience of a Female INTJ”