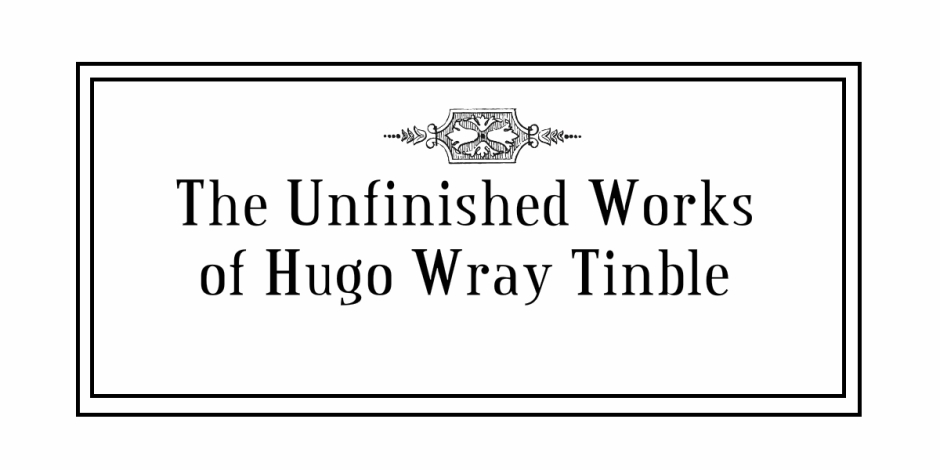 In which I share with you guys what I’ve been working on.

First of all, I was blown away by the overwhelmingly lovely response that my last post received! Thank you guys for your wonderful comments. You guys are so amazing.

Second of all, I’ve missed you all!  I’ve been working on my novel and also watching really random documentaries on Netflix for absolutely no reason. One of the reasons I usually write historical fiction is that it allows me to watch documentaries—something I love doing anyway—and call it research. Unfortunately, now that I’m writing my first non-historical novel, I’m having to call it what it is: binging on documentaries.

So it’s Sunday which means typically we would be doing a roundup, but I don’t necessarily feel like doing that right now.

So I thought, why don’t I tell you guys about what I’ve been working on, while you guys pretend to be interested? So much fun!

First of all, the working title which is subject to change is The Unfinished Works of Hugo Wray Tinble.

So this is Hugo (I know, I know, but actually I had other names I was going to name him and my brother said I should name him Hugo). He is an INFJ. He loves to write but he’s not so good at finishing things. The only really good friend he ever had was Jemmie, and when they were 16 she moved to New York to stay with her grandparents for a while. It’s been almost four years since he’s seen her, and in that time he’s been desperately trying to write a novel so that he can show it to her when she comes back.

And this is Jemmie. Her full name is Jemima Elspeth Adelard, after her great grandmother. But she has always gone by Jemmie. She’s an ESTP. She always loved reading, gaming, and listening to music. Unlike Hugo, she was adventurous and outgoing. She was slightly better than him at everything, but he didn’t mind because she never rubbed it in much. The one thing she wasn’t better at was writing, which she didn’t really like. She always took an interest in Hugo’s writing, though, and encouraged and supported him.

While Jemmie was gone and Hugo was struggling to write something for her, she randomly wrote and published a novel. A really good novel. One Hugo has to struggle not to be jealous of. When he saw that she called herself “J. Elspeth Adelard” on the cover of her book, he worried that she may have changed; “J. Elspeth Adelard” sounded like a very serious, grown up person. When Jemmie finally returns, he fears this might be the case. It seems that his friend has changed a lot more than he has.

Now you’ve met my characters and know who I’ve been hanging out with instead of you.

Maybe one of these days I’ll tell you what this book is actually about, and then maybe some day I’ll even share part of it with you. We shall see.

In the meantime, have a lovely day!

(I noticed that for some reason when I posted this I had written “share part of it with one of you.” I am really not sure why it said that, because it isn’t what I meant. Anyway. Fixed that!)